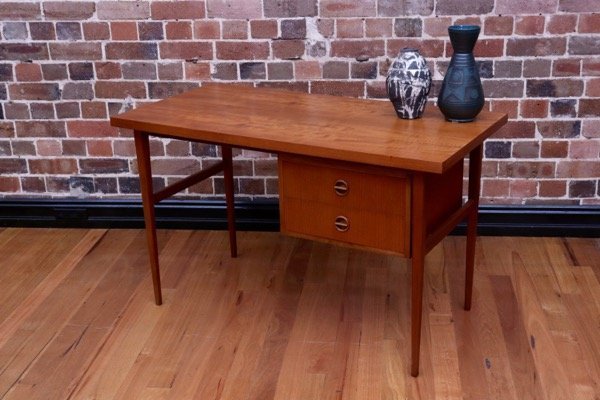 When Jack Parker started making kitchen furniture in 1935, could he have foreseen that his company will become one of Australia’s greatest industrial success stories?

Over the first few years of its existence, the Parker furniture company established such a countrywide reputation for quality and innovation that from the 1950’s through the 1980’s it seemed that everybody wanted to own a piece of Parker, a dining table and chairs, or a Parker sideboard.

In a new millennium, with almost everything we know being ultra high tech and new, it seems that everybody still wants to own a piece of Parker furniture.

But here is the kicker!  There seems to have been a time warp!

Everybody still wants to own the same pieces of Parker that were so sought after 50 to 70 years ago. Vintage furniture is in high demand along with Australia’s own Parker retro furniture. 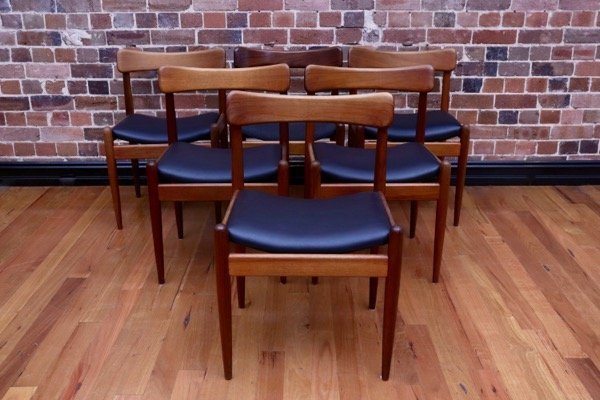 All of Parker vintage tables, chairs and sideboards are considered prize acquisitions.  The Parker success story is one of a family whose members were all committed to quality and leadership.

In 1935, Jack Parker,  and carpenter Alf Dagger, started making and selling kitchen furniture in Sydney.  Australia was emerging from the great depression, Parker and Dagger started with kitchen cabinets, chairs and tables.  Dagger and Parker kitchen table, some chairs and a kitchen cup-boards soon became sought after  . At one stage the company produced 300 chairs a week.

Jack’s son, Tony joined the business in 1949, soon to be followed by younger brother, Ross.

Jack’s son, Tony joined the business in 1949, soon to be followed by younger brother, Ross.

Tony went to study in Europe and returned with modern mid-century furniture designs, particularly from Denmark.  A range of “Danish Parker Style” furniture was introduced early in the 1950s.

Jack Parker realised the importance of associating the name Parker Furniture with quality, the one distinction his products had over competitors, and tried to give the public what they wanted. In a letter to his sons he said:

“I spent many hours at store windows listening to people’s conversations regarding furniture to establish where to go with our furniture design.”

Tony went to study in Europe and returned with modern mid-century furniture designs, particularly from Denmark.

Tony also worked for John Lewis in Oxford Street, in London, where he helped in developing their modern furniture section.

Once back home, Tony per-suaded his father to let him design a range of modern furniture and the Mid-Century range, made from Queensland maple and coachwood.  The new designs were released at the Sydney Furniture Exhibition. Bases on sideboards and dressing tables were replaced with legs, and the legs, straight, tapered, or turned, finished in copper or brass plated ferrules. The boomerang shaped coffee table and the quad-rant shaped corner table were the must-haves of the moment. The furniture was so advanced, Parker received orders that would take the company months to complete.

Parker was the first company to produce modern furniture for the house dining room, lounge room and bedroom, plus occasional pieces.

This Danish furniture and broader Scandinavian design style grew in popularity and lasted through the 1960s.

During this period, many iconic designs were established, with features such as recessed handles and brass butt hinges.

The Parker futniture continued to flourish through the 60s and they regularly moved to mare and better suited manufacturing facilitities.

Big Scandinavian and Danish influence showed up in every piece.   Teak wood from Burma and Thailand ws in demand, for its character and because the oil finishing made it practical. Tony Parker designed a range in Teak for Grace Bros in 1961. It was great material for furniture manufacturer, easy to work, prominent grain, even colour and gentle on machines. Teak became the material of choice, sometimes staining the teak timber and veneer to a walnut or mahogany. It was also used as a laminated surface.

Parker Furniture began to make fully upholstered sofas and chairs. They produced television cabinets in teak to match their furniture. Tony Parker designed the ‘Stuart’ fully upholstered lounge suite which was so successful it was produced for many years.They also offered a Colonial furniture range made in European beech, Windsor styled dining chairs, tables with splayed colonial styled turned legs and occa-sional furniture.

In 1962, Jack Parker went into semi-retirement because of ill health: he remained chairman of the company with Tony and Ross as manag-ing directors.The introduction of Australian manufactured particle board (CSR Pyneboard), a stable board to take Teak and other veneers, challenged the manufacturers to be innovative in new methods, such as carcase jointing using assembly fittings and PVA adhesives and use of European style hinges and hardware. Parker was one of the first to import new machinery to use with the new board. By this time Parker had approx 150 employees.In 1968 Parker introduced a range of traditional furniture in American walnut.

In the 1950’s, Parker guaranteed the structural aspects of all their furniture for 10 years.  Judging by demand for these vintage pieces today, it seems that was very conservative of them!

For details on the Parker success story, read Alan Perry’s series on the Australian furniture makers, which appeared in the Woodworkers Association of NSW newsletter:   Part 1  Part 2 and Part 3. 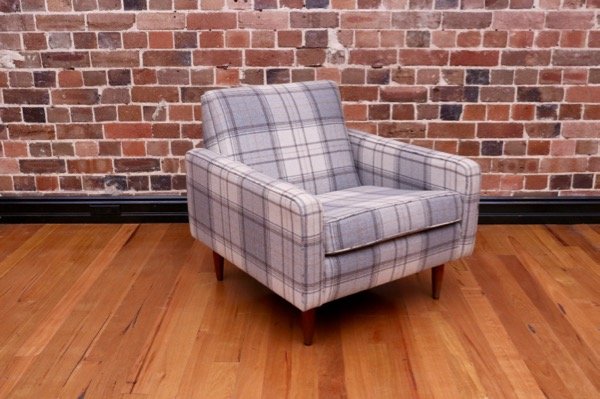 One of the specialties of Collectika is re-birthing Parker.  We do this either by restoration or by teaming up with contemporary fabrics and giving it a fresh twist.  We regularly have a prize selection of Parker coffee tables, dining tables, chairs and sideboards in stock. Visit our store or browse our current stock items through the category links at the top of the page.

We will also restore your Parker furniture.

Please contact us if you need your Parker  furniture restored