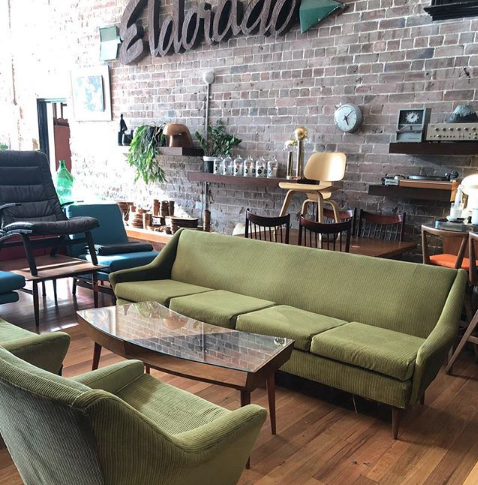 ‘Retro’,  ‘Vintage’, ‘Mid Century’ and ‘Mid Century Modern’ are terms being used by Retro and Vintage Furniture Stores everywhere. Further, qualifiers such as ‘style’ or ‘design’ are often thrown in either to honestly define a piece or to disguise its lack of authenticity.  Examples are:  ‘Vintage Style’, ‘Retro Style’, ‘Danish Style’, ‘Danish Design’.

To complete the list of casually interchanged phrases we should add ‘Antique’ and ‘Art Deco’.

The popularity of Retro, Vintage and Mid Century furniture is not a chance occurrence or a fad.  Authentic period furniture is sought after for specific qualities and reasons as explained under the more specific descriptions that follow.

Partly prompted by the upheaval and aftermath of the two world wars, there was a major and generally recognisable renaissance in Architectural and furniture design in the mid 20th century.  Concepts then considered modern later became known as Mid-Century Modern 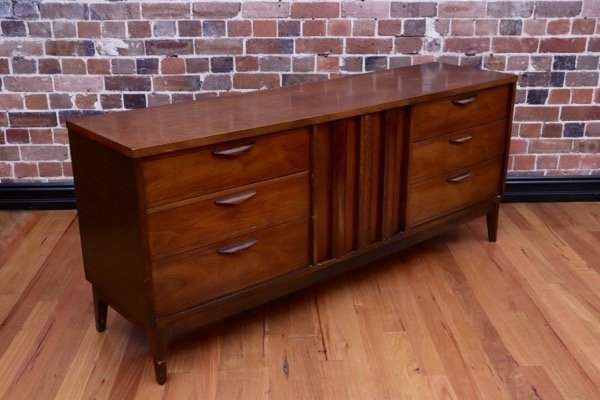 In a wider context “Mid Century Modern furniture”  is an architectural, interior, product and graphic design term that describes mid-20th-century modern design from the 1930’s to the 1960’s. As it pertains to furniture the term mid-century modern was coined in the 1950s’s and became specific in 1983 and firmly entrenched by Cara Greenberg in the title of her book, Mid-Century Modern: Furniture of the 1950s (Random House).  The mid-Century Modern style that is now recognized by scholars and museums worldwide as a significant design movement.

The effect of the two wars created demand for modern furnishings and new homes to be built quickly rather that ostentatiously.

The architectural styles were led by Bauhaus in Germany that eventually moved to America.   Royal Danish Academy of Art was a major influencer in the modern movement and the alma mater of many of the still famous Danish Furniture designers.

The distinguishing features of this style are a classic, understated look, and clean lines.

A New Era With New Freedoms

Colour ranged from neutral to bold. Black and white were used for graphic contrast with little use of grey tones.

There are several Mid-century Modern designers that became famous and inspired designers who came after them. Furniture pieces inspired by their designs, as well as copies are greatly sought after.

In America Herman Miller was famous for ‘modern” furniture’.  He worked with George Nelson and Charles and Ray Eames.  Knoll is also known for classic mid-century modern furniture.

Below are some of the best-known designers of this period.

From Scandinavia and Denmark:

Iconic pieces from this era have been adapted and copied endlessly, and while authentic items have great investment value and proven quality, copies serve as good value in terms of aesthetics and functionality.  But it might be important to know what you are buying or being offered. 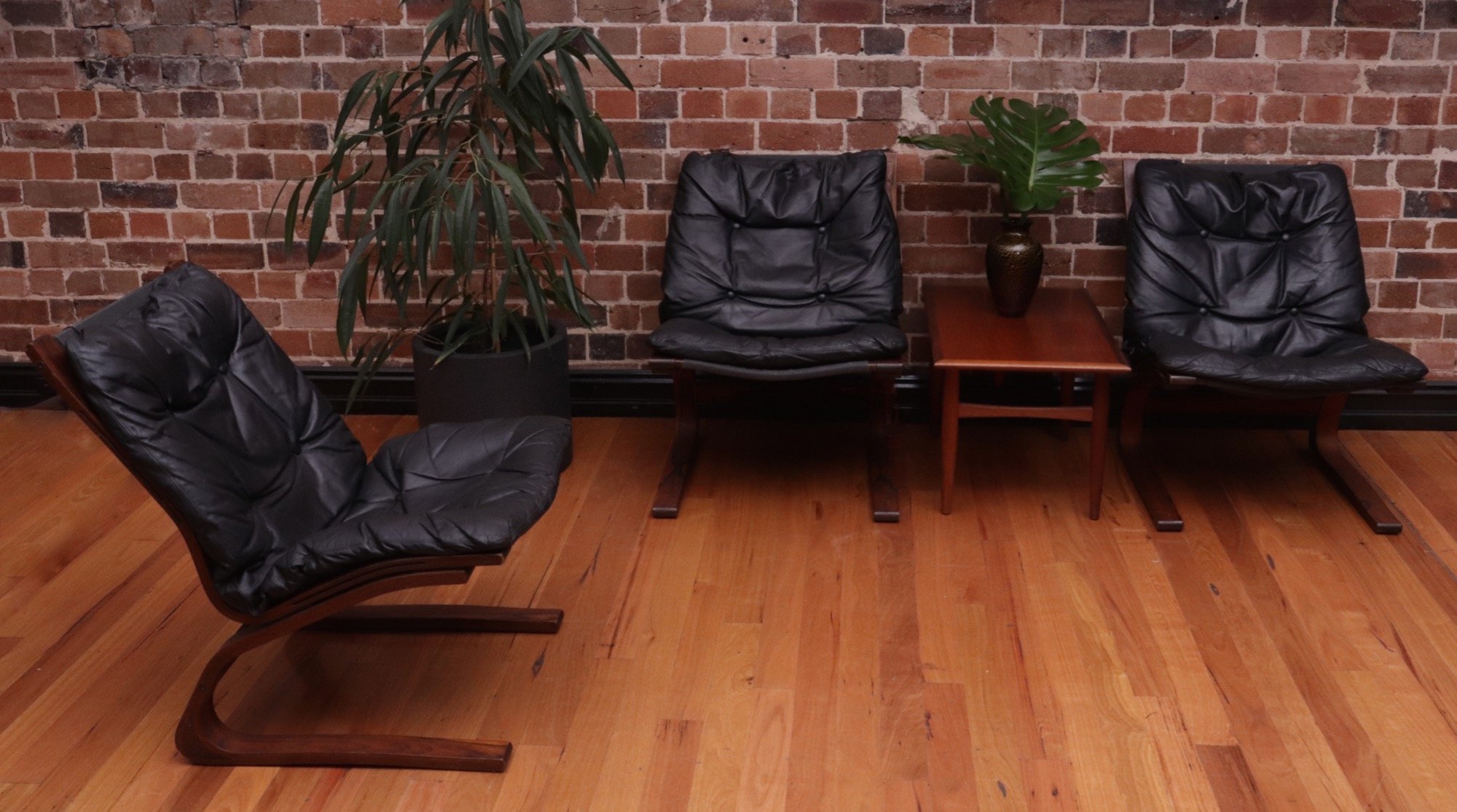 Retro is a much less specific term.  It strictly refers to something that is culturally outdated or aged in a style that has since become functionally or superficially the norm once again.

Retro Furniture style can be a personal choice.  It can be attractive as nostalgia for its own sake and can even be deliberately kitsch.

The term Retro furniture has also come into colloquial use for describing furniture that are from the mid 1900’s.

However “Retro” has a light-hearted and fun connotation to it while Mid Century Modern is a definite serious functional style. 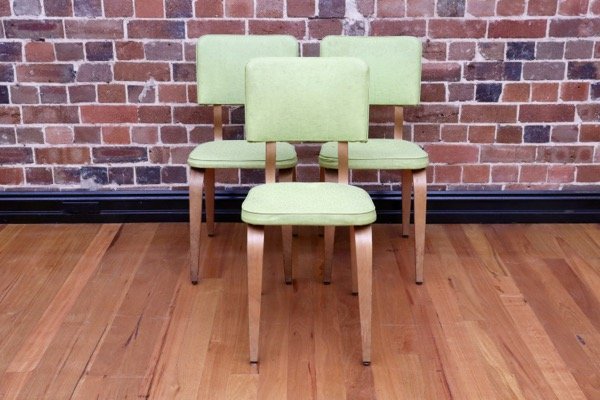 Retro Furniture from the 1950s would include Formica topped tables and chrome bar stools.  The retro furniture style brings up images of sleek furniture against a backdrop of boldly patterned wallpaper.

Retro in the 1960s was more playful, with psychedelic patterns and splashes of color. Low coffee tables and sideboards were still popular, but you also saw furniture like one-piece molded or blow-up chairs.

The 1970s saw furniture becoming a bit bulkier and chunky and less sleek.  Bold colours were replaced by more earthy tones such as avocado greens and straw, autumn colours, and burnt orange.

A revival of Art Deco from the 1930’s influenced the 1980’s when we saw colours changing to teals and mauve and a temporary break-away from symmetry in furniture styles. This revived Art Deco period was short-lived and that in itself might make furniture from this period attractive.

In a nutshell, Antique means something, mostly furniture, art or a decorative object that can specifically be dated as over 100 years old.  The age is the determining factor regardless of its style, quality or condition. 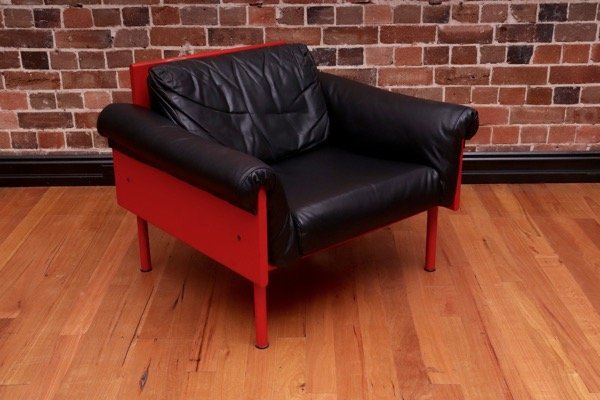 The definition of  Vintage Furniture

However, if we go back to the origin of the phrase ‘vintage’ it should be used more specifically.

The term ‘vintage’ comes from either cars or wine.  In wine, it refers to wine made from grapes picked in a specific season.  In vintage cars, it means a car that is at least 20 years old.  But in all cases, the term Vintage is specific about the time period being referenced,  such as the specific year or at a minimum the decade.  Vintage furniture should be datable to an approximate period of manufacture if not specifically the year, then at least the decade

In the vintage and retro furniture industry Vintage, Retro and Art Deco are all used loosely.  Then you will find items described as “Danish Designs” and “Danish Style” or “Retro Style”.  What do we make of all that?

While there may be a case for standardizing these terms, it probably will never happen so it is up to the buyer to be aware and to enquire precisely about what is on offer.  Any of these addendum words or qualifiers probably mean that the piece is not authentically Danish, Retro or Vintage but that is is a copy of a style and it may well mean that it was made recently or well after the period that it emulates.

This does not imply that such furniture is sub-standard or a rip-off.  The popularity of the style of furniture has created a demand that is being catered for by large manufacturing companies.  It is as simple as that.  The value of the piece depends on the buyer intent.  An authentic item, truly dating from the mid-century era may be a great investment piece if it is in immaculate condition.  On the other hand, it may have seen hard use and not be as immaculate as a recent factory made item.

Well-made copies of mid-century furniture have all the aesthetic appeal of the era they represent and are probably good value for money if you are looking for a decorative utility item.  Just know what you are buying.

Collectika furniture store has an ever-changing stock of Retro Furniture, authentic Mid Century furniture, datable vintage furniture, ranging from tables and chairs to vintage collectables and lighting.  Browse through the categories to see our “recently current” stock items.  We are also always on the lookout for any of these items so contact us if you are a buyer or seller.  Our vintage and retro furniture shop is situated in Sydney, Australia.