Danish Furniture became famous and in high demand when Danish furniture designers started a trend in furniture design in the 1920’s that was innovative, creative and functional. Danish designers used new industrial technologies, ideas of simplicity and functionalism.  The movement’s innovations were incorporated in the design of furniture, household objects sculpture and architecture.  Perhaps the most iconic architecture that came from Danish design is the Sydney Opera house. 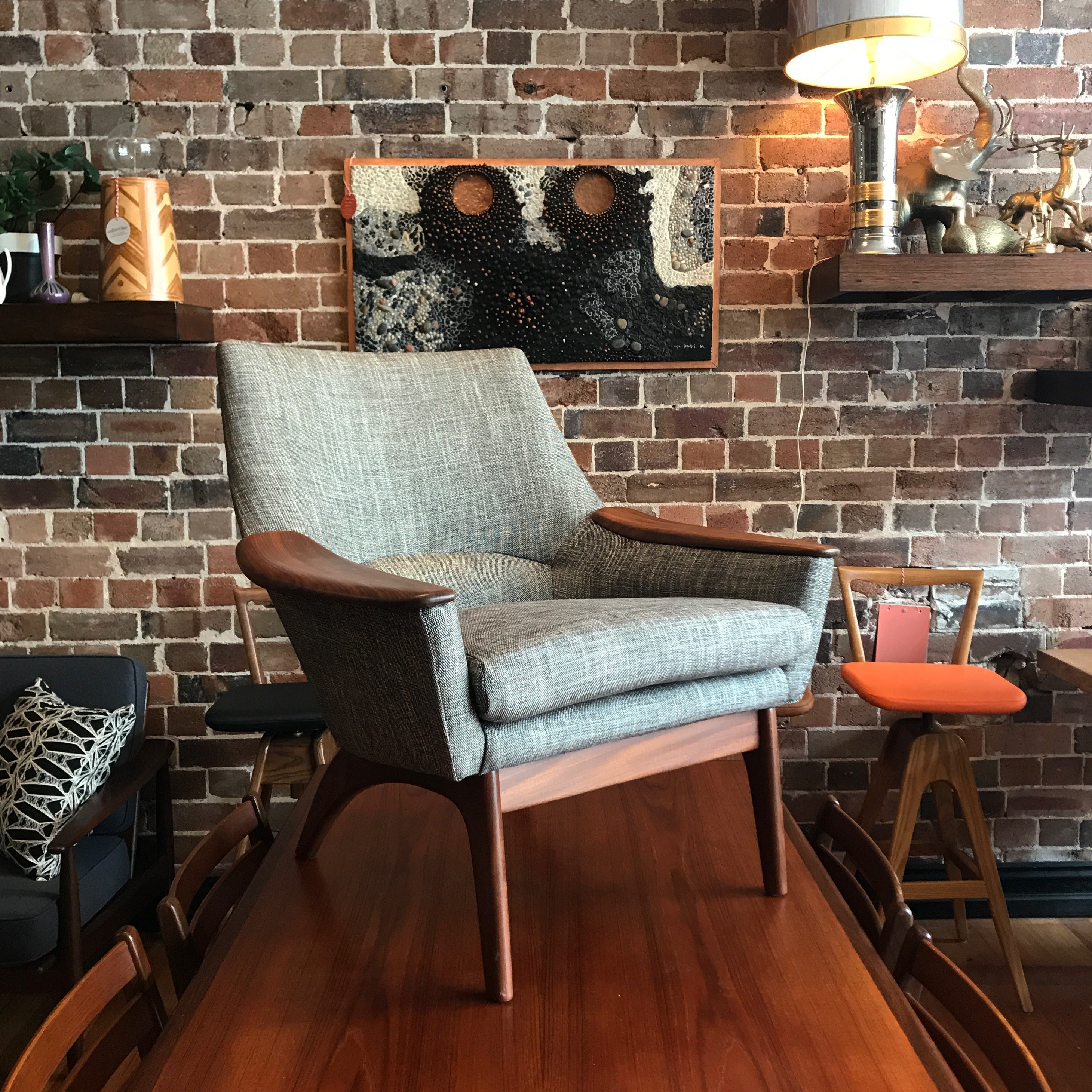 At the heart of the Danish Furniture design movement was the Furniture School at the Royal Danish Academy of Art. It trained and influenced designers such as Hans Wegner, Poul Henningsen and Grete Jalk.

Danish furniture became world famous for its quality and design and it became one of Denmark’s biggest export industries in the 1950’s, 1960’s and 1970’s.

The list of mid-century Danish furniture designers is long, but we will focus a little on the retro and vintage Danish designers who are regularly stocked at Collectika: 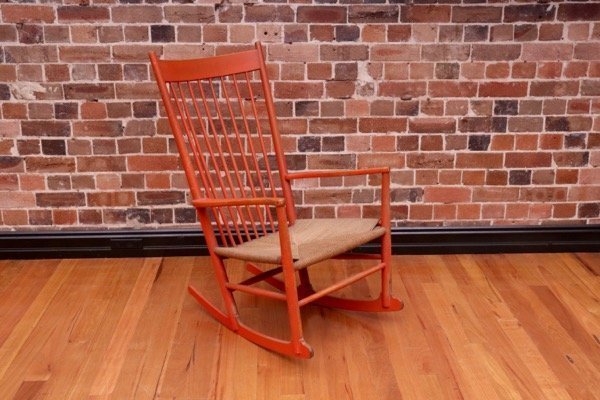 Hans J. Wegner was famous for his specialisation and exceptional achievements in chair designs.  He designed over 500 chairs, of which over 100 were taken up by large manufacturers for mass production.  He said of his work:  “I have always wanted to make unexceptional things of an exceptionally high quality…”.

The longevity of Hans Wegner designed chairs certainly proved that he was true to his word.

He also said that “there is no back to a chair”, meaning that the same attention to detail should go into every part and every angle of a chair.

His Round Chair (Model500) in 1949 was referred to as “the world’s most beautiful chair” before being labelled simply The Chair after Nixon and Kennedy used it in a 1960 televised debate. 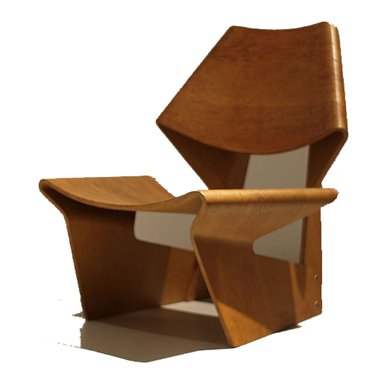 Grete Jalk first trained as a cabinet maker; then received further training from Kaare Klint at the Royal Academy’s Furniture School.   She became famous for her innovative use of new material and techniques in an era of scarcity.

After the second world war scarcity of wood encouraged the use of plywood.  Grete Jalk developed boldly curved plywood furniture in the 1950s.

In 1963 Grete Jalk won a Daily Mirror competition with her He Chair and She Chair. 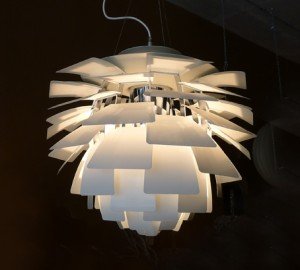 Poul Henningsen(1894–1967), a Functionalist, was an important participant in the Danish Modern school for lighting design.  His focus was the prevention of blinding glare from the electric lamp bulb. His designs employed techniques using frosted glass and a three-shade lamp to create the curvature of the shades.  This allowed his hanging lamps to distribute light evenly in a room.

His aesthetically remarkable artichoke lamp achieved this objective perfectly and is one of his highly sought after lamps in the Mid Century Modern revival.

Australia was one of the countries that recognised the quality and appreciated the aesthetics and creativity that went into the designs.   Australians have developed an appreciation for outstanding furniture designs from around the globe and you will find iconic items from Denmark, broader Scandinavia, Italy, Germany and many other countries with creative items on offer.

There are  Australian designed and manufactured furniture items that rightfully can claim to be Retro, Vintage and Mid Century Modern and stand shoulder to shoulder with the classic Danish designed retro furniture.

There are several stand-out, authentic Australian furniture designs with a Danish or Scandinavian influence. These include Fler Furniture, with their Narvik range, Clement Meadmore and vintage Australian Parker furniture. 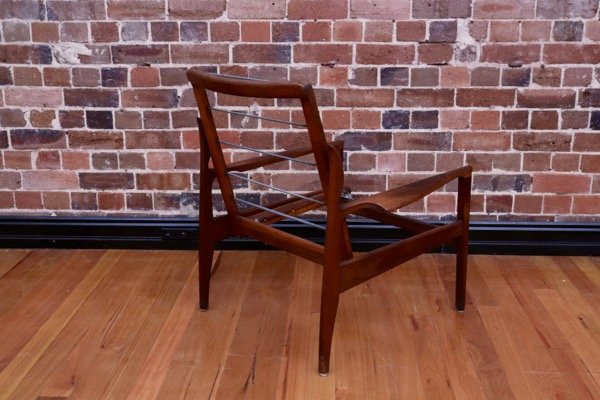 FLER was started by two immigrants, Fred Lowen and Ernest Rodeck, who fled from Nazi-ruled Germany, to Australia in 1940.  They were the founders of what we know today as FLER and most prominent of their designs named the Narvik design. The images below are all from our stock at Collectika.  It is hard to believe that these items are over 50 years old in both condition and design and it is no wonder that they are in high demand as authentic vintage furniture.

Australian furniture designed in the 1950s and 1960s by people like Grant and Mary Featherstone, Douglas Snelling and Clement Meadmore and Fler Narvik can be found in museums as well as in many ordinary living rooms.

Collectika furniture store has an ever changing stock of Retro Furniture, authentic Mid Century Modern furniture, datable vintage furniture, ranging from tables and chairs to vintage collectables and lighting. We regularly stock both Danish Vintage Furniture as well Danish Style furniture. Browse through the categories to see our recently current stock items. We are also always on the lookout for any of these items so contact us if you are a buyer or seller. Our vintage and retro furniture shop is situated in Burleigh Heads, Queensland, Australia.

Smashing Magazine has a great article on  “The Story Of Scandinavian Design: Combining Function and Aesthetics”

The TH Brown Danish Bar Stool was originally designed and